States where roads are in the worst condition

The average American drives close to 13,500 miles a year, and with many roads and bridges across the country being below subpar level, the U.S. Senate has been in negotiations for a $1 trillion infrastructure bill. The infrastructure spending would provide a clear energy future and entail the expansion of broadband, provide replacement of harmful lead-piped drinking water systems, add new sewer systems, as well as expand and modernize passenger rail and transit systems, and improve the country’s roads and bridges.

Uplift Legal Funding compiled a list of states where roads are in the worst condition, using data from the White House Infrastructure Fact Sheet. States were issued an infrastructure report card and graded based on the conditions of its roads and bridges. The White House details the significant investment needs taking into account the regional variations when it comes to road quality, funding commuting patterns as well as other factors.

Using the fact sheet and 2019 data from the Bureau of Transportation Statistics, Uplift identified the states with the lowest percentage of acceptable roads. Acceptable road condition is determined by a road’s score on the international roughness index, a measure determining the smoothness of the road’s surface.

Learn more here if you are interested in pre-settlement funding against your legal claim.

Missouri’s poor road conditions have caught the attention of the White House with a steep price tag. The White House Missouri Fact Sheet states infrastructure funding has budgeted an estimated $6.5 billion for highway repairs for the state over the next five years.

Missouri has 2,190 bridges and more than 7,576 miles of highway in unsuitable condition. The significant deficiencies have increased commute times by 5.9% since 2011. For years, Missouri has suffered from a lack of investment. The upside is that the Infrastructure Investment and Jobs Act is working toward improving the lives of Missouri residents by repairing roads and bridges, focusing on climate change mitigation.

In June, Boston.com created a poll asking readers about their thoughts on traffic in Boston since the pandemic, and 66% of readers expressed that traffic was worse in the Boston area than before the pandemic.

The costs of deficient roads continue to be a challenge for Louisiana drivers. According to the White House fact sheet, Louisiana roads cost drivers $667 per year due to roads needing repair. Inadequate funding in both state and local government is the cause of roads not being fully maintained. All may soon change as Louisiana can expect $4.8 billion for highway improvement projects over the course of five years with formula funding under the Infrastructure Investment and Jobs Act.

If you have been denied elsewhere, Uplift Legal Funding can likely still help you get a personal injury loan on your case.

It’s a pretty big deal when New York City roads rank second, third, and fourth for most congested in the country. Worldwide, New York came in at #3 when it comes to traffic, trailing behind Bogota, Colombia, and Bucharest, Romania. The Biden Administration says New York’s infrastructure is in dire condition due to a systemic lack of investment in public transit, roads, bridges, and other systems, resulting in excessive commute times.

In August 2021, more than 10 million vehicles drove through tunnels and tolls on city bridges, nearing pre-pandemic levels, according to the transportation authority. The Empire State’s shift in road dynamics includes subway ridership being less than before the pandemic, with more people opting to commute via car. As a result, traffic has increased with evening rush hour starting as early as 3 p.m. New York has 1,702 bridges and more than 7,292 miles of its highway in bad condition, an issue the Biden Administration hopes to remedy through its Infrastructure Investment and Jobs Act.

Mississippi may be known for the beauty of its magnolia trees, but The Magnolia State hasn’t been able to keep up with the maintenance of its road infrastructure. For years, the state has faced unprecedented challenges as a result of hurricanes, tornadoes, and floods. Mississippi has a whopping 17,072 bridges and more than 400 timber pile bridges have been closed to the public since 2018, according to the 2020 Mississippi Report Card summary.

The federal government deemed the structures insufficiently inspected, stating it was a risk to the traveling public. In 2018, the Mississippi Legislature voted to provide $100 million annually in funding for bridge maintenance and repairs. Through the Infrastructure Investment and Jobs Act, the state can expect to receive $3.3 billion over the next five years for road improvements and another $225 million for repairs to its bridges.

In 1681, Pennsylvania became one of the 13 founding states, and it has more than its fair share of aging infrastructure. The state’s advanced age and lack of consistent funding have caused inland waterways to deteriorate to the point where dams have become obstructed. The Biden Administration cites Pennsylvania as having 3,353 bridges and more than 7,540 miles of its highways in poor condition. As a result, President Biden has called for nearly $13 billion to improve the state’s roads and bridges.

Maryland is another old state, founded in 1632, but unlike some other states, Maryland has seen some improvement. The Maryland Department of Transportation and local jurisdictions have made efforts to improve the state’s bridges. Now, only 5.1% of Maryland bridges are listed as being in poor condition. The national average of bridges being in poor condition is 8.1%. In Maryland, there are 273 bridges and more than 2,201 miles of highway in deficient condition.

Washington could gain billions in federal funding under the infrastructure bill over the course of five years. Drivers may be pleased to know that the state could receive $605 million alone for bridge replacement and repairs.

The White House estimated that commute times in Washington have increased by 12.7% over the past 10 years. Additionally, each driver pays $659 per year in costs due to roads being in less than subpar conditions. Washington could also compete for the close to $16 billion in the bill “dedicated for major projects that will deliver substantial economic benefits to communities.”

West Virginia boasts natural beauty with numerous rivers, lakes, and mountains making it an ideal location for activities such as hiking and boating. The state’s infrastructure, however, has deteriorated over the years, while repairs and overall maintenance have not kept pace with the required needs. West Virginia has 1,545 bridges with 1,531 being structurally deficient.

Over the next five years, the state could expect to receive $506 million for repairs to bridges through the Infrastructure Investment and Jobs Act. Additionally, 3,200 miles of West Virginia’s highways are in inadequate condition. For its non-tolled roadways, West Virginia uses funds from local and state taxes to upgrade its public roadway system.

New Mexico’s rural roads are some of the worst in the country, costing each driver $767 per year. These poor road conditions affect food distributors who need to move their products to market as well as the state’s energy sector. New Mexico has 207 bridges and more than 3,822 miles of highway in less than subpar condition.

Nearly $2.5 billion has been apportioned for the state’s roads in the Infrastructure Investment and Jobs Act to help with greater traffic on its roadways. A TRIP report states, “Vehicle travel on New Mexico’s interstates increased 18% from 2000 to 2019.”

The Connecticut Department of Transportation (CTDOT) has its eyes set on the multibillion budget set aside for infrastructure projects. State officials hope to build newer bus systems in the Connecticut cities of New Haven, Bridgeport, and Stamford and replace bridges on the New Haven rail line, among other infrastructure goals.

CTDOT’s five-year capital plan anticipates $5.9 billion will go toward highway and bridge initiatives, $3.5 billion will support public transportation efforts, and $245 million will be allocated toward other areas of need. The state also wants the funds to modernize transit by creating electric vehicle charging stations statewide and speeding up existing chargers in already congested areas. In the past, long-term funding has been a challenge for Connecticut. Lawmakers in the state remain divided on implementing a truck-only tolls system, an increasingly popular solution when it comes to creating funding.

California’s infrastructure system plays a vital road in the state’s continued economic prosperity. As of 2018, California’s economy surpassed the entire United Kingdom, making the state the fifth largest economy in the world. Despite its historic wealth, for years, it has lagged behind in funding when it comes to infrastructure maintenance.

In 2020, the California Transportation Commission distributed more than $1.6 billion for transportation projects around the state in hopes of improving the highway system. The White House’s California Fact Sheet states California can expect $4.2 billion for bridge replacement in the next five years.

Hawaii’s challenges include aging infrastructure and lack of funding while seeing population and economic growth. The state’s infrastructure is struggling to stay in operable condition while adapting to quickly changing lifestyles. Being in an isolated location, Hawaii has the highest bridge construction and maintenance costs in the country. As a result, the state and county have focused efforts on preserving existing bridges rather than upgrading bridge capacity.

Hawaii has 84 bridges and over 664 miles of highway in bad condition according to the White House. Hawaii has experienced more than 100 extreme weather conditions from 2010–2020 that cost the state close to $921 billion in damages. The Infrastructure Investment and Jobs Act would allow the state to better prepare its infrastructure for extreme weather cases, climate change, and cyberattacks.

From 2011 to 2021, New Jersey’s commute times increased by 8.8%, costing each driver $713 per year for driving on roads in need of repair. In 2016, more than 40% of the state’s bridges required repairs, and 42% of the roadway systems were considered defective with many aged highways that needed maintenance. In 2019, of the 6,786 bridges, 7.8% were structurally deficient. As part of the Infrastructure Investment and Jobs Act, New Jersey is eligible to compete for the $12.5 billion Bridge Investment Program.

Rhode Island has a lot to work on when it comes to its roads and bridges, coming in at #1 on this list. Rhode Island drivers may notice they’ve spent more time on land behind the wheel since 2011, with commute times increasing by 10.2%. Additionally, each driver pays $845 per year in costs driving on Rhode Island’s faulty roads. All is not lost for the state’s infrastructure rehabilitation efforts: The proposed federal Infrastructure Investment and Jobs Act would allocate $242 million to the state for bridge replacement and repairs. 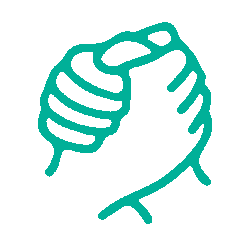