Most personal injury claims take some time to settle, often dragging on for months.

How long should you wait for compensation before starting to wonder what is delaying the settlement of your personal injury case?

No single factor causes delays in the process of personal injury settlements. Sometimes, there are valid reasons for these delays, and sometimes insurance companies behave obstructively, dragging their feet in the hope plaintiffs will buckle and accept unreasonable low settlement offers.

This guide outlines four of the most common reasons for delays in the settlement of personal injury cases.

If you are involved in a car accident, whether as the driver or as a passenger, you should seek medical treatment as promptly as possible. You should do this regardless of the severity of your injuries.

A medical professional should evaluate and diagnose your injuries, and they should also offer a prognosis for recovery.

Your treatment plan will depend on the extent and severity of your injuries. It could take weeks or even months for your injuries to stabilize and for you to attain maximum medical improvement from these injuries.

Trying to settle a claim before you know the full cost of medical expenses and time off work could end up costing you. At this early stage of proceedings, the insurance company isThe insurance company involved in handling your personal injury claim is another factor that can sometimes delay the case being finalized. Some insurers have a reputation for seamlessly and efficiently handling claims, leading to prompt settlements. Other companies drag their feet and settlements take longer.

The negotiating process can also delay settlement. Normally, an insurance company leads with a low settlement offer, hoping you take this at an early stage of proceedings. Remember, the insurance company tries to pay out as little as possible for all claims.

If this initial offer is unreasonably low, your attorney will draft a counteroffer, and negotiations with the insurer ensue. This process could take weeks.

If it is not clear who is at fault in your claim, this can substantially delay your settlement. Defendant insurance companies try to find any way to avoid paying a settlement. If they can assign blame elsewhere, they will always try to do so.

If there is another party that could be at fault or if there is an argument that you could be partially at fault for the accident, the insurance company may only accept partial responsibility.

If damages and policy limits are substantial, both sides may do accident reconstruction or various other types of expert reports in an attempt to prove their case.

In any event, liability issues will delay your settlement and insurance companies are likely to offer much less than the real value of your case.

Often, an insurance company will only agree to pay settlement demands when the claims adjuster is convinced their insured was more than half responsible for the accident. When there is demonstrable evidence of fault – an admission by a driver, a traffic citation or a police report citing negligence, for instance – a claims adjuster will be more readily convinced to make a reasonable offer.

How about if there is no clear documentation outlining who was at fault for the accident?

In this case, you may need to collect evidence with your attorney and present this to the insurance company defending the claim.

When you do not present sufficient evidence to show the case would win in court, claims adjusters will often delay proceedings, possibly even refusing to make an offer. Delayed investigation usually leads to delayed settlement.

The following form of evidence can all help you to prove culpability in a car accident:

You could find the insurance company conducts an independent investigation. If there is a discrepancy between your findings and the findings of the insurer, your attorney will then need to prove the other driver was at fault as negotiations unfold.

If you live in a state where comparative negligence prevails, you can end up with reduced compensation if the insurance company proves you were to blame for the accident, or even if you were partly to blame. If the insurer can prove you were more than half responsible, they are not obliged to pay you compensation.

As you would expect, when a personal injury case involves a significant amount of compensation, it takes longer to settle. The insurance provider will usually delay paying any money owed until they have investigated and analyzed your case from all angles.

To get the compensation you feel you deserve, you and your attorney need to prove that your injuries were severe. You should also be credible in front of a jury if your case goes to trial, and the insurance company must not have a solid defense for your case. Even if there are delays along the way, you should ultimately get a fair settlement if you were seriously injured in an auto accident.

[RELATED POST]: How Much Do Personal Injury Lawyers Take From a Settlement? 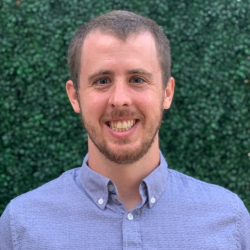 Jared Stern
Managing Member at Uplift Legal Funding
Jared Stern is an experienced financial professional with six years of experience in the pre-settlement funding industry. After graduating from UC Berkeley with a degree in economics in 2014, Jared began his career in Morgan Stanley's mergers and acquisitions investment banking division. After working with another pre-settlement funding company for two years, Jared founded Uplift Legal Funding in 2017 to give injured plaintiffs a better choice in lawsuit loans. Check Jared out on: LinkedIn | Legal Reader | Attorney At Law Magazine